It’s Friday morning and my landlord’s driver, Hossein, is taking me to the department of motor vehicles in his white Vespa, slaloming between cars in the freeway.  I’m seating in the back tense and immobile so as not to disrupt the balance. We have a mission:  registering the motorbike and getting new plates. Can it be done in one day? Hossein is there to help me navigate the system but I soon realize he is not an insider and won’t be able to.  There are no lines in the place, there is no one to give you information about where to go and what to do.  People seem to move at random across corridors and between windows; more like in a market than a DMV. Yet, somehow, order emerges from chaos and some people leave the place with drivers licenses, registrations, and/or plates.  Not us; we don’t have the right papers and signatures.  The one that is missing is from the dealer!  I call Harley Davidson and talk to the guy who sold me the bike.  He says: “Did you call Danny ? I told you to talk to Danny.  Call him.”  So I call Danny who is outside the building, around the corner, in a small cafe smoking shisha.  He is not happy because I didn’t call the day before and I am showing-up without an appointment.  He wasn’t expecting to work today.   He asks if I have a local drivers license for motorbikes.  I don’t.  “Then you can’t register the bike,” he says. That doesn’t make sense. The bike could be registered in my name even if somebody else drives. “I can see if the president [of the department of motor vehicles] can make an exception because you are a foreigner.”  “Great, but what about the signature from the dealer?” I ask.  “I can deal with that,” he replies.  It turns out that ALL bikes purchased from the HD dealer are registered by Hanny.  He is an employee of the DMV but happens to have the monopoly of the HD signature and stamp. And so, I agree to contracting his services.  After our conversation, I follow him around for two hours, pay close to USD 1,000 in fees and commissions, and get my registration and plates. Yes, in the same day !

Saturday, Natalia and I traveled to Baalbek, which is located in north east Lebanon, halfway between Beirut and Damascus.  It seems that the place has been inhabited continuously during the last nine thousand years.  Around 300 BC, after Alexander the Great conquered Persia, Baalbek was controlled by the Romans either under Cesar or Augustus’s rule.  The city was then called Heliopolis.  Today, you find there the ruins of colossal temples built to worship Jupiter, Venus, and Bacchus.  Jupiter’s is the largest, the most imposing, Venus the smallest, and Bacchus the best preserved. You can still see sculptures and refined reliefs in the walls, altars, and ceilings that attest to a life of decadence:  bacchic figures, vines, opium flowers and leaves, sensual women.  The temples are probably some of the finest constructions to survive from antiquity.  I was overwhelmed by the size of the structures and the idea of time elapsed since their construction through wars, conquests, social turmoil, and natural disasters.  Each of the hundreds of columns are a single piece of granite brought from Aswan in Egypt; an incredible feat with the transport technologies of the time.  “Nothing compares to this,” our guide told us, “not even Rome or Greece.”  It was a subjective claim but I personally agree.

Sunday was my first ride with the Veterans Harley Davidson Riders Group.  We traveled south into Hezbollah territory, up and down the mountains, through valleys and many small towns, almost reaching the border with Israel.  After brunch on the side of a river, we came back through the freeway bordering the Mediterranean Sea.  It was challenging for me.  This was an “intermediate” level ride and, in retrospective, I should have probably started with one of the “regular” rides.   Towards the end of the first leg of the trip (before brunch), I couldn’t keep up and started to fall behind.  Going down hills with many sharp turns slowed me down.  Only my friend Ibrahim waited for me but eventually we got lost.  For some reason the “sweeper” (the person responsible for ensuring that nobody falls behind) decided not to wait.  He should have stayed with me, informed the “captain” (the person leading the group), and asked him to slow down.  He didn’t.  Asking for directions at every intersection, Ibrahim eventually found the rest of the group.  They had arrived to the place where we were going to have lunch some ten minutes before us — which means that I wasn’t that far behind after all.  Ibrahim, who is a prominent member of the group, was not happy and let them know.  I m told they have been having conversations among the members of the “board” to understand what happened.   Regardless, it was a great experience.  This Sunday I plan to join again.  It will be a less demanding ride. 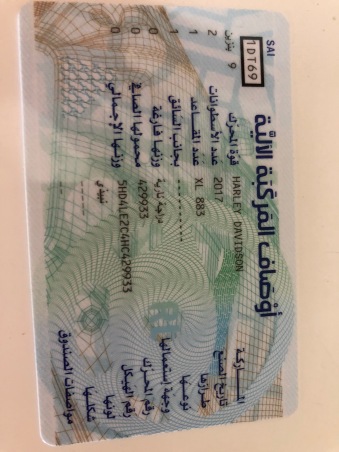