Both Chris Parker and Predict Wind forecasts indicated we would have winds from the South-East at 15Kt, gusting to 20.  We were expecting a relatively easy, and short, passage to Conch Cut with the wind on the beam.  Sailing in Exumas Sound, though, is more akin to open water sailing; this small portion of the Atlantic is, in a way, restrained by Eleuthera and the Exumas but you can still experience big seas when the wind has a south or north component.

At around 9am Marina and Natalia casted-off the bow and spring lines. With the engine in neutral I let the wind push Antares, gently, to starboard and then motored towards the exit of the marina.  Outside, I hoisted the main sail with two reefs, unrolled the genoa to the first reef, and set course to Conch Cut.  Constancia, the wind-vane, took over the wheel. You might think the sail plan was too conservative but, in retrospective, it was the right choice. I had promised the girls that the crossing would be as peaceful and pleasant as sailing down Eleuthera’s west coast.

After and hour of smooth sailing Natalia went inside to rest; she hadn’t slept well the previous night and she wanted to take a quick nap.  While she slept the wind started to increase and the seas, by now of a very deep blue, were building, not too much, just  enough to make Marina and Sofia feel sea-sick.  The boat was healing to starboard and the cockpit was becoming uncomfortable.  I suggested that they both go inside and rest but they thought it would make them feel worse. Marina lied faced down on the starboard seat and Sofia sat on the port seat holding the winch, with her sight lost in the southern horizon.  There was no land around us and the sky was covered with clouds.

When Natalia woke up she had difficulty moving through the cabin as Antares was lurching, taking the waves on her beam, some hitting with force. When she made it to the cockpit she asked “What is going on here?”  Constancia had the situation under control but Antares motion was making sea-sickness get worse. Eventually, I convinced Sofia to go inside and lie down in her berth. She was crying, telling me that I had no idea about how she was feeling.  Marina thought the whole thing was a torture and that going down to the main cabin was a terrible mistake.  I was trying to reassure her when Sofia called for help. She could not hold it anymore and was going to vomit.

I run down the companionway grabbing on my way the small woke (a great acquisition that replaced the older, unnecessarily larger, woke) that was lying on the stove. Sofia was able to hold until the woke was in her hands, but it was filling fast so I asked Natalia to bring me something else.  She came down and handed Sofia the pink salad bowl while I balanced the woke in the moving cabin, trying not spill anything, and emptied it in galley sink. Natalia did the same with the salad bowl.  The operation, I think, was a success.  Nothing was spilled and Sofia felt better and tried to sleep.

Outside, in the cockpit, the situation had not improved though and Marina was in a very bad mood.  The odd wave would board Antares over her port rail and we were getting wet. Sofia called me again.  This time she wanted to pee and didn’t think she could do it alone on a rocking head. I went down and help her to the bathroom. We were inside, me holding her while she relieved herself, when a wave threw gallons of water through the porthole that I had forgotten to close.  We were drenched and Sofia was, of course, not happy.

Steered by Constancia, Antares continued to sail hard, unabated, with the wind and the waves on her beam.  There was nothing I could do to improve conditions, and moods, aboard other than telling the crew that land was approaching and that beautiful places were awaiting for us. And, indeed, five hours after we had left Cape Eleuthera we saw land ahead.  The plan was to spend the night at Compass Key to swim with the sharks so I started to worry about how to approach the cut and find my way to the marina.

After a short while we could see the cut between the surf on the reefs.  As we approached and water became shallower, the waves and Antares’ motion got worse. I asked both Natalia and Marina to keep an eye on the big rock that, according to the charts, lies in the middle of the cut around half a mile east. Suddenly, I saw it abeam on the starboard side! We were, in a way, lucky.  I should have looked at the chart plotter more carefully, making sure that the rock was not on Antares’ path. In any case, after clearing the rock I turned on the engine, rolled the genoa, and headed through the cut into calm, turquoise, waters.  Once in, I called the marina through the VHF and they offered to send a pilot boat to help us maneuver through the shallow waters.

Moods improved aboard as we followed the little motor boat through the channels in a beautiful afternoon under, by then, blue skies. It must have been 3pm when we docked and headed to the beach. 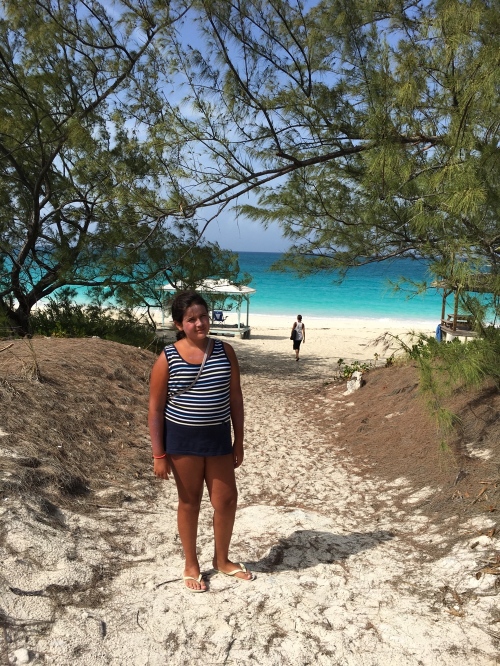 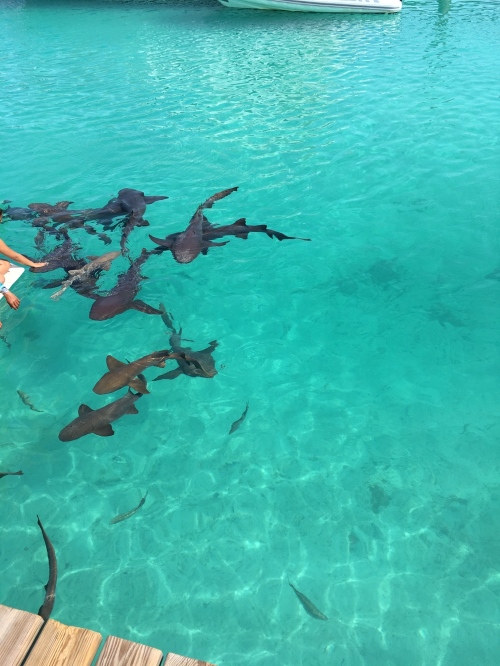